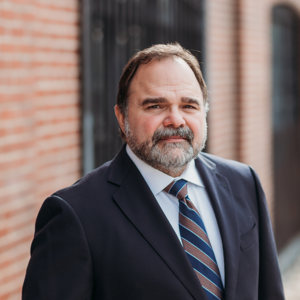 Areas of Practice: Family Law | Divorce | Modification of Prior Family Court Judgments | Contempt and Enforcement Actions and The Representation of Automobile Dealerships in Civil Litigation

Law Biography Highlights
Michael C. Todt began practicing law in 1987 as an Assistant Special Public Defender in the City and County of St. Louis. He represented indigent adult and juveniles in felony and misdemeanour criminal cases. Michael began his private practice as an associate attorney at the Todt Law Firm, LLC from 1989 to 1998. While at the Todt Law Firm Michael continued to represent criminal defendants and he began to formulate his domestic relations practice. Michael became a partner in his own firm in 1998. In 2000, he and R. Todd Ryan created Todt and Ryan. Michael has tried to verdict numerous civil and criminal jury trials and hundreds of family law bench trials. Michael has drafted and argued appeals to the Eastern District of the Missouri Court of Appeals. He served as the president of the Young Lawyers Section of the Bar Association of St. Louis. Michael has been asked to present numerous continuing legal education seminars for practicing attorneys for the Missouri Bar Association, the Bar Association of Metropolitan St. Louis and the National Business Institute. Michael is a former adjunct professor at St. Louis University School of Law and he formerly served as the Municipal Judge of Cottleville, Missouri.

Admission Detail
Licensed in the State of Missouri since 1987 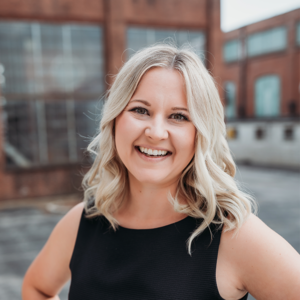 Law Biography Highlights
Lauren brings both tenacity and compassion to her practice which concentrates solely in the area of family law consisting of divorces, custody modifications, adoptions, and Guardian ad Litem work. Lauren most enjoys putting her legal analysis and courtroom skills to practice in helping her clients navigate difficult custody and related matters.

While she understands she cannot spare her clients the emotional grief they may experience, Lauren strives to put their legal concerns to rest so that they can focus on their own needs and the needs of their families. When dealing with family law cases, it is essential to have an attorney who is familiar with the law and comfortable in the courtroom. Lauren enjoys being able to provide experienced and dedicated advocacy for her clients and their families in an otherwise unfamiliar and sometimes overwhelming process.

Lauren graduated from Southeast Missouri State with a degree in Political Science and Legal Communications. Subsequently, she graduated with her Juris Doctor from William H. Bowen School of Law where she was awarded the Deans Certificate of Distinguished Public Service, the Sandra Wilson Cherry Endowment for Legal Studies, and the Deans Fellow Scholarship for Legal Studies. Lauren is a member of the Missouri Bar Association – Family Law Section, the Bar Association of Metropolitan St. Louis, and the St. Charles County Bar Association. When she is not practicing law, Lauren can be found reading, woodworking, playing volleyball, and enjoying the outdoors with her two dogs Teddy Roosevelt and Truman. 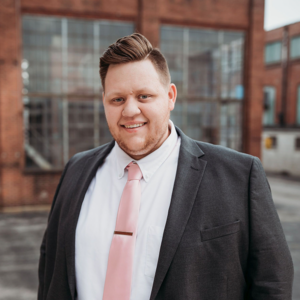 Law Biography Highlights
David A. Fischer began practicing law in 2019 as an Associate Attorney at Brown & James, P.C., one of the Midwest’s largest insurance defense law firms. David represented large insurance companies in civil defense litigation, handling a multitude of pre-trial matters and preparing cases for trials by jury. In 2020, David joined Todt, Cody & Fuchs, LLC, where he shifted his practice area to the field of family law. David represents his clients through a myriad of family law matters, including but not limited to, divorces, modifications, paternity actions, guardianships actions and contempt actions. In addition, David serves as counsel for a regional chain of automobile dealerships in diverse areas of civil litigation and arbitration, while also representing landlords in eviction and debt-collection cases.
Prior to practicing law, David earned his law degree from Washington University School of Law. While in law school, David served as an intern in the Global Legal Services department for a Fortune 500 reinsurance company located in Chesterfield, Missouri. David also interned in the Corporate Sponsorship department for the St. Louis Blues. David completed his undergraduate education at Saint Louis University, where he was a Vice Presidential Scholar and earned a Bachelor of Science in Business Administration, with a concentration in Sports Business. David graduated in three years, Magna Cum Laude, and was named the top-performing student in his degree program by the Saint Louis University John Cook School of Business faculty. While in college, David worked in the front office for the St. Louis Cardinals and was a member of Beta Gamma Sigma Honors Business Fraternity.
David is a native St. Louisan, graduate of Marquette High School in Chesterfield and enjoys spending time with family, friends and his dog, Boomer.


“Character Aggressiveness. Honesty. Sharon does not want to see her client dissatisfied. She is very aware of what you’re going through and she fights for you.”

“They are well-respected in the community.”

“Their personality shows confidence and strength as well as stability.”

“They make you feel wanted. They really listen to you and they are quick to respond.”

“I like the aggressive style. There’s no B.S. I went to a bunch of others before I went to them – so I know.”

“Knowledge of the law. They seem to be up to speed on what they needed to know and how it’s done.”

“Michael is very aggressive – appropriately aggressive for a lawyer in family law. He knows what he’s doing and he’s good at it. He’s very empathetic – he’d listen to me vent.”

“I’d say their ability to deal with other attorneys is their strongest characteristic. There just was no give…they were very aggressive.”

“Aggressiveness. They just went after it. They haven’t let up.”

“Highly respected in the courts – known to be knowledgeable. It is well known that if you hire Michael Todt, you mean business.”

“They are just good. I didn’t lose one time with them. They get the truth to come out.”

“Sharon is really good at dealing with me through a very personal situation. If she were a doctor, I’d say she had excellent bedside manner.”

“Knowledge and aggressiveness and thoroughness = trust.”

“You need to know that it might take too long, but they make sure they get the job done.”

“They know what they are doing. They are pretty straightforward and aggressive.”

“They are top-notch. I wouldn’t call anyone else.”

“I would say if you want the job done right, hire Sharon Cody. Granted, you’ll have to pay but she’ll get what you want done.”

“They know their stuff. And if you can get your venue in St. Charles, do it, Michael knows everyone in St. Charles. They’ll spend more time with you and really work hard for you.”

“It’s been a fantastic experience. You would be short-changing yourself if you don’t go with them.”